David moved to Holyport nearly 30 years ago when he started to work for Rank Hovis McDougall based at that time in Windsor.  He liked the area so much that he is now based in his third Holyport house.

Some 15 years ago, David decided that he wanted to give something back and joined Bray Parish Council and eventually became Chairman. Six years ago, he stood for the borough winning the seat for Bray.  David currently serves as Lead Member for Planning. He is also the Chairman of the Local Health and Wellbeing Board.

In other news, everybody understands the need for housing, especially affordable housing, although we do understand that not everybody might not be comfortable with new housing; it's quite normal that.

Bray resident and local councillor David Coppinger has some very exciting news! Bray Film Studios is set to reopen and with at least two major films to be filmed in the newly reopen studio will once again see Hollywood film stars in Bray! 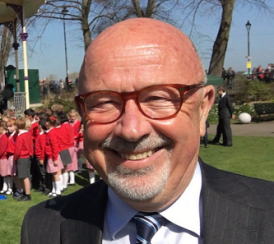