Unemployment is at its lowest level for over four decades 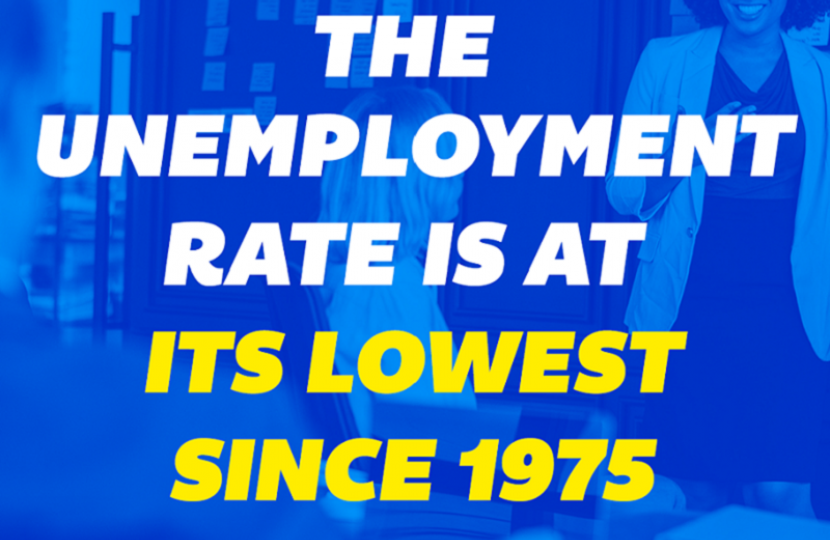 We welcome the new figures, which show that unemployment is at its lowest since 1975 and that the number of young people out of work has fallen by over 447,000 under the Conservatives.

Under the Conservatives, unemployment continues to fall to record lows. Thanks to our welfare reforms, we are helping more people into work – and through our modern Industrial Strategy, we are backing businesses to create jobs.

That means more people benefit from getting up every day to a good job, and more people have the financial security of a regular pay packet to provide for themselves and their families.