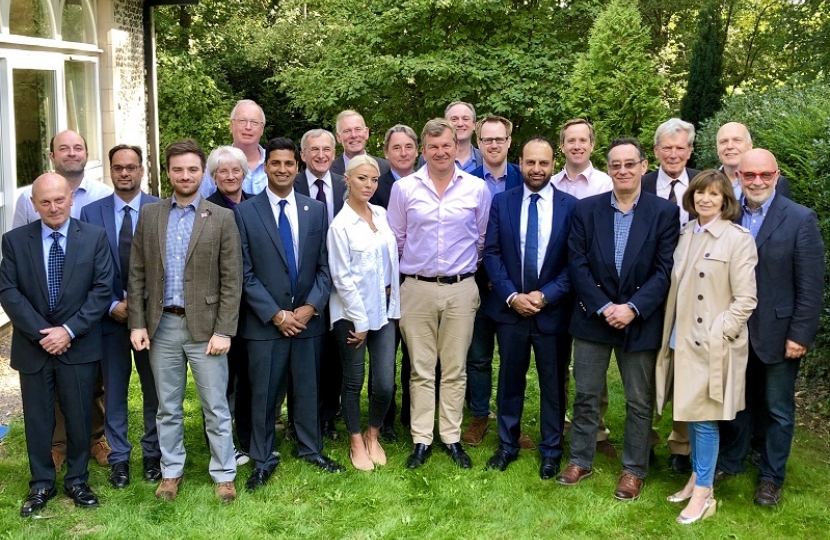 Maidenhead Conservative Association (MCA) have confirmed their 22 prospective candidates for next year’s local elections in the Royal Borough of Windsor and Maidenhead (RBWM). The boundary review in RBWM will reduce the number of councillors in Maidenhead from 30 to 22 with 11 two-members wards replacing 10 three-members wards.

“I am delighted we have selected such a strong slate of local candidates to contest next year’s local elections. We had lots of talented and enthusiastic people putting their names forward and it was excellent to have so many people wanting to contribute to ensuring the positive change being delivered by Maidenhead Conservatives in RBWM continues.

“We are welcoming some new faces and saying goodbye to some long standing councillors, who have decided to retire after serving their residents exceptionally well for many years. We will be fully supporting our candidates in the run up to next year’s election and look forward to running our positive and exciting campaign on the future of Maidenhead.”

“I am delighted that Maidenhead Conservative Association have selected a talented, diverse and experienced group of candidates, including lots of new candidates who will bring new energy and ideas to the Royal Borough of Windsor and Maidenhead. I want to thank all those councillors, who have decided not to stand again, for their hard work delivering for local residents over the last few years.”

“The elections next year will be critical to deciding the future of Maidenhead. The long-held dream of regeneration is finally becoming a reality and we are on the cusp of something truly special. Our strong Conservative team will provide the leadership and skills our town needs ensure we deliver a regeneration that works for everybody in Maidenhead.”

You can see the full list of prospective candidates and their respective wards below: